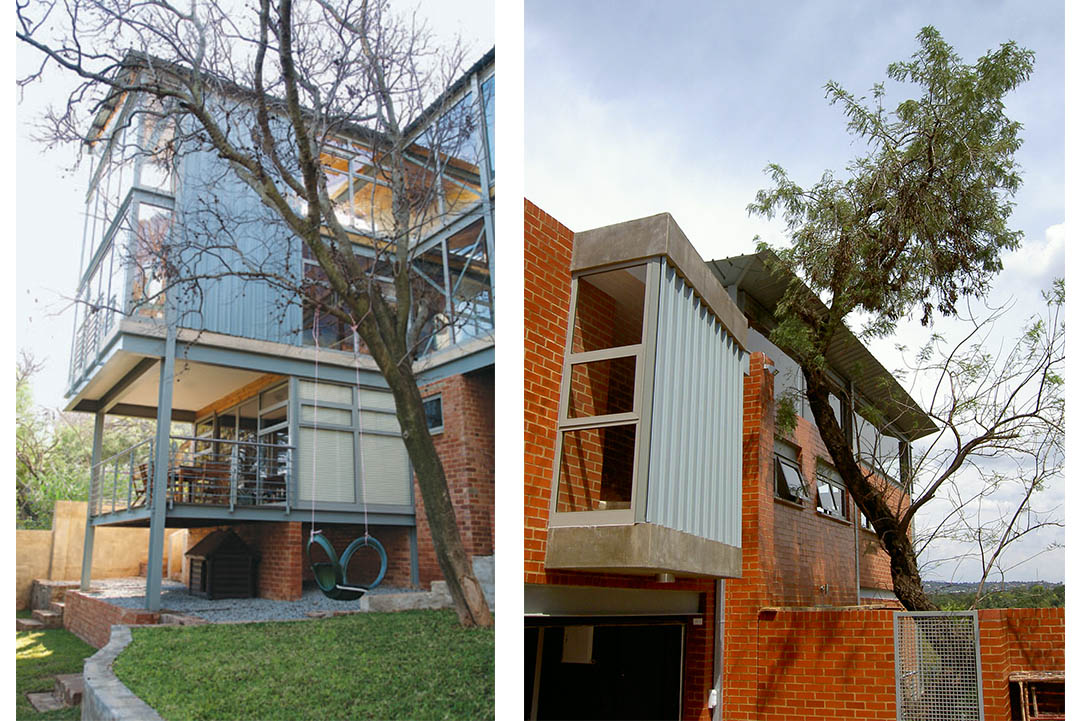 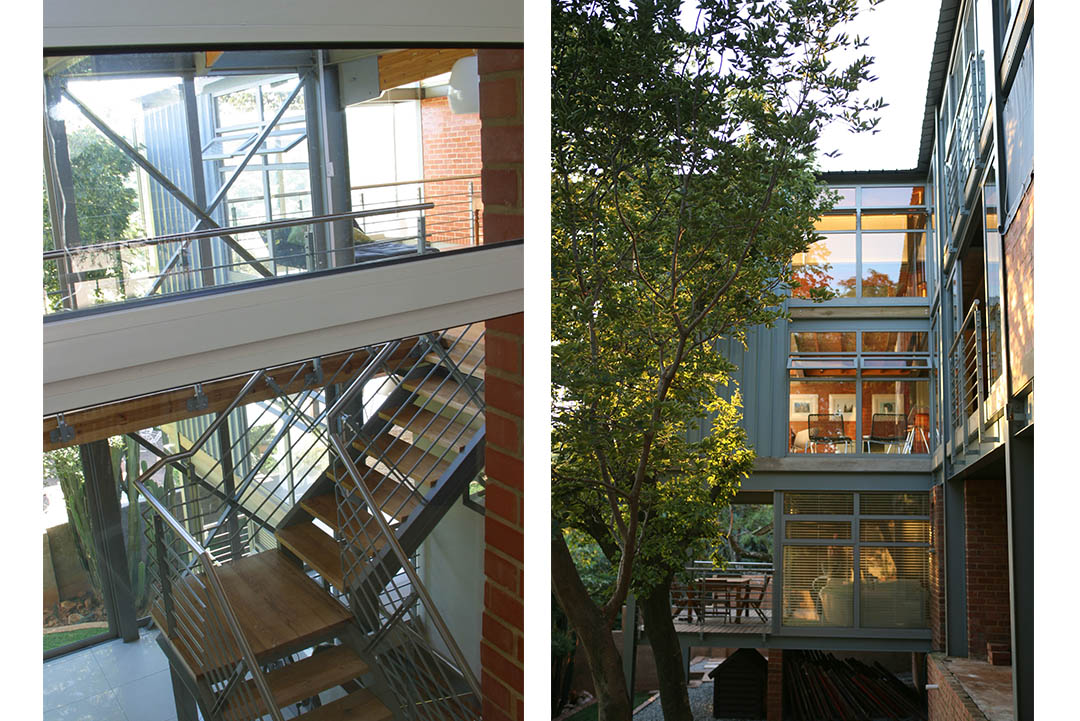 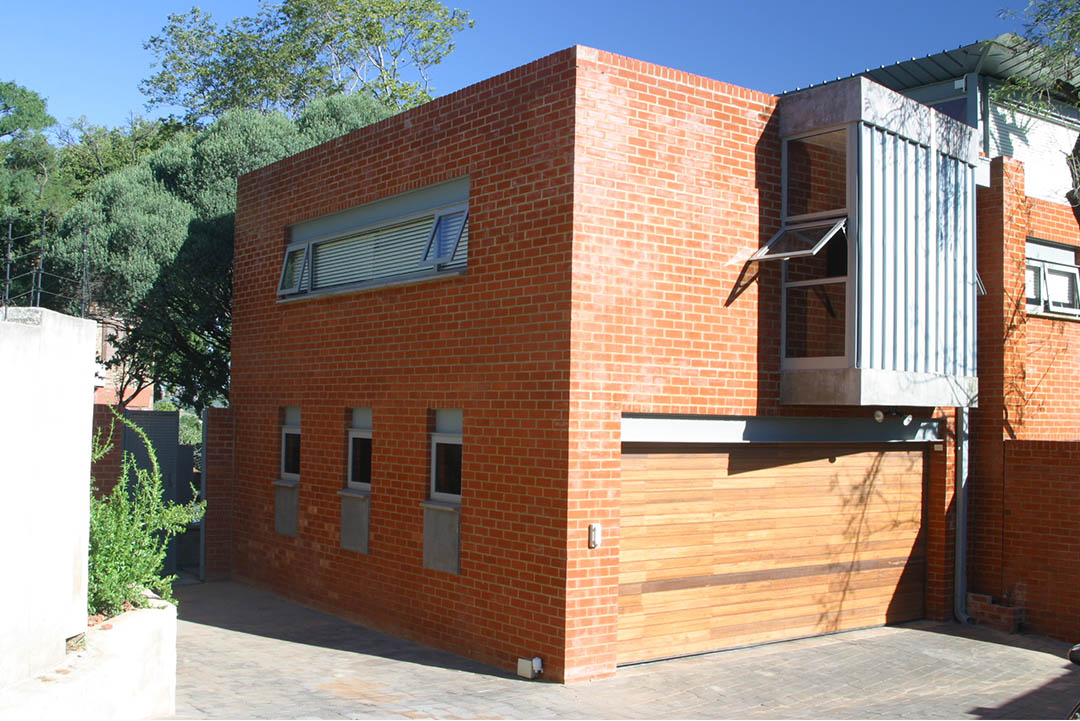 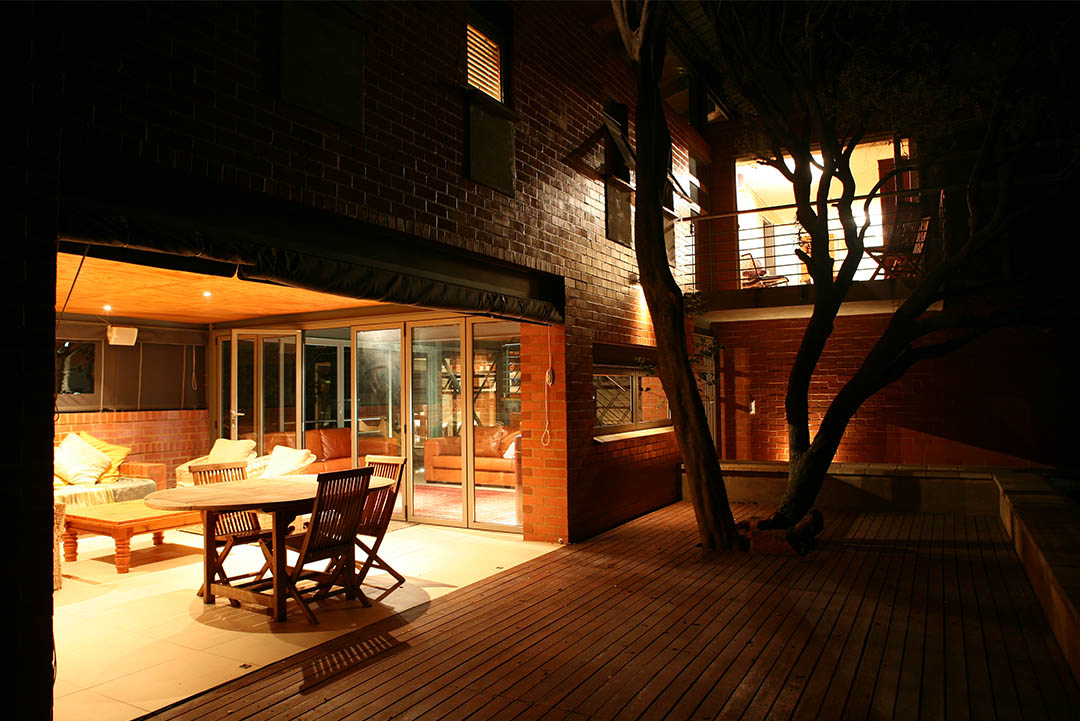 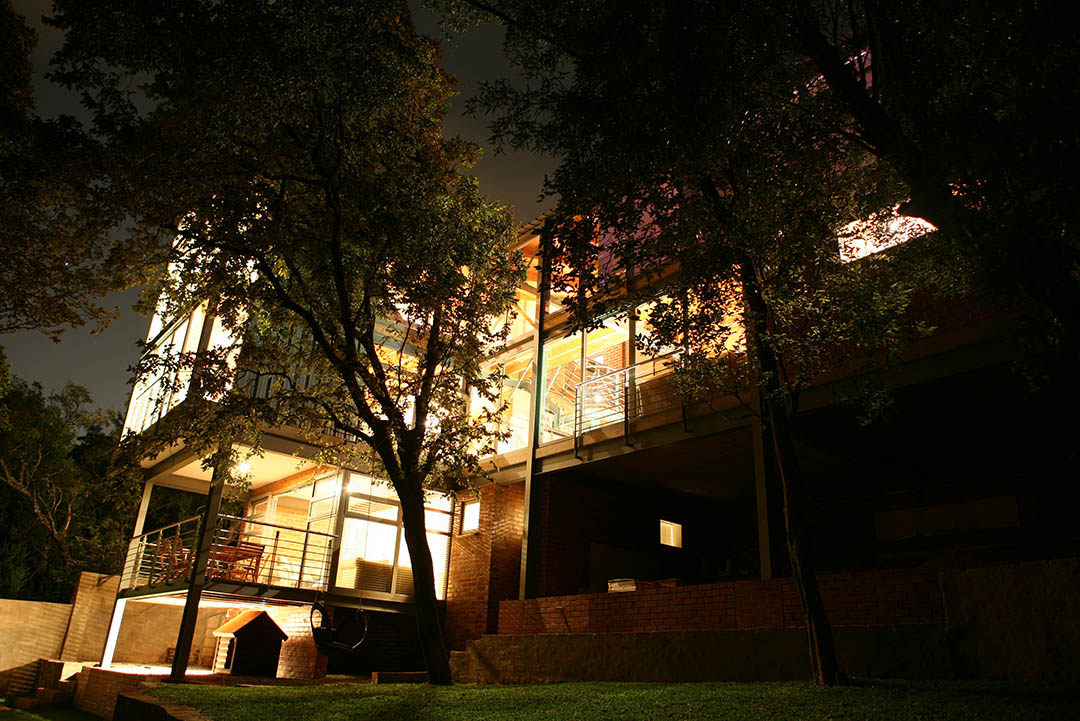 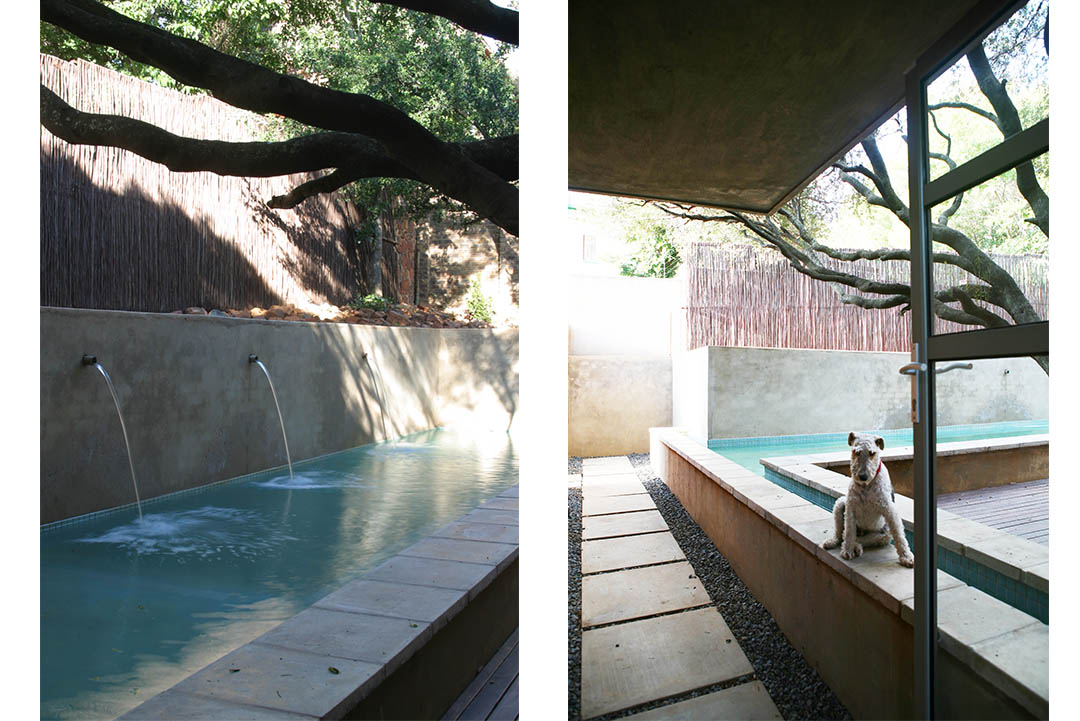 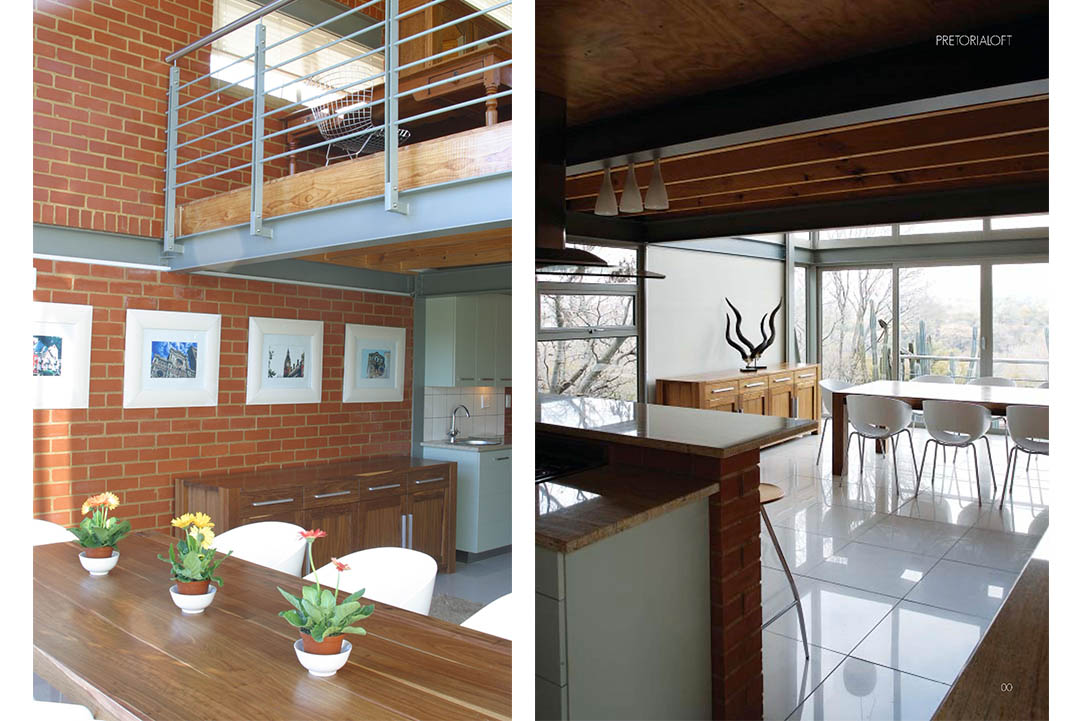 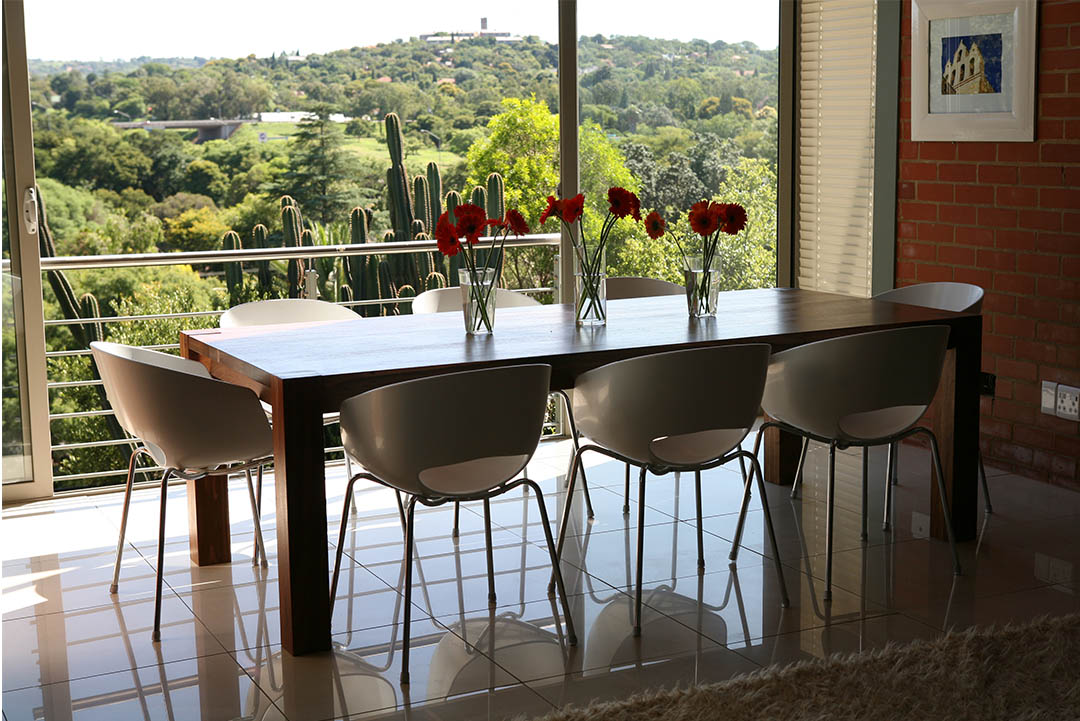 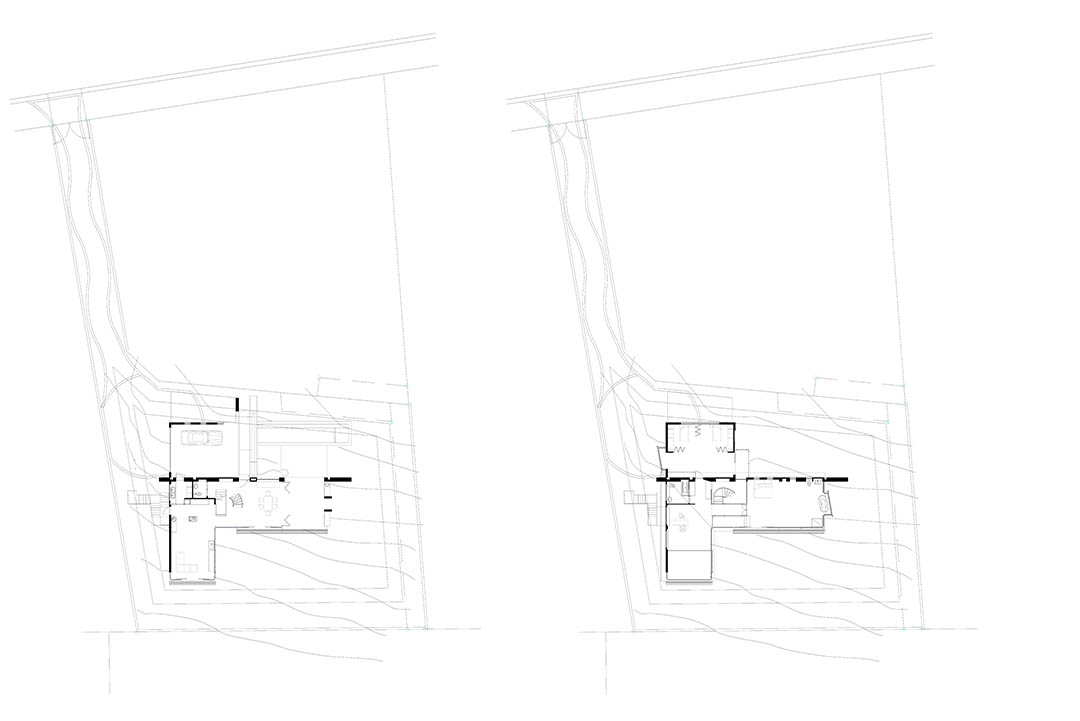 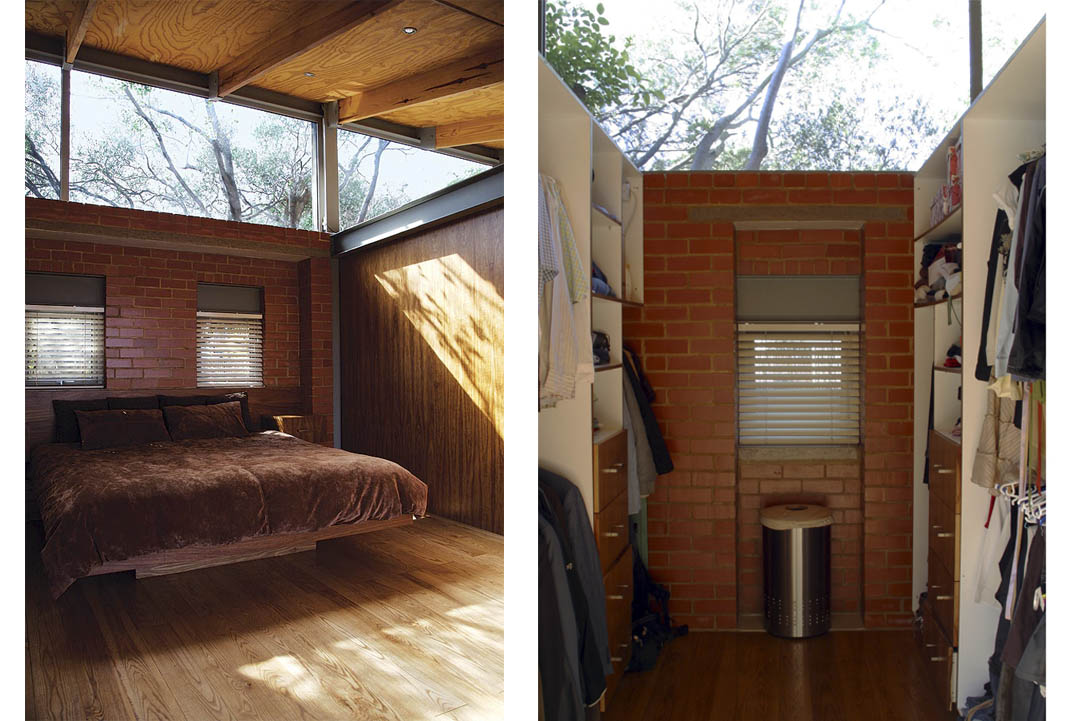 Strey Architects were presented by a PIA & SAIA Award of Merit through finding unique & practical solutions to the tough challenge presented to them by this unique stand!

A sub-divided pan-handle, in the leafy eastern Lynnwood suburb of Pretoria, presented us with quite a challenge! The original house was positioned right on the street to the northern, flatter part of the original stand, while the back half of the stand is steep and arbitrarily occupied by mature trees. Access to the back part resulted in a long narrow pan-handle, and the busiest highway in the Southern Hemisphere is located a few hundred metres to the west of the site, presented us with some noise issues, but also with great access to all main routes. One is hard pressed to beat the view towards the South though!

It was decided to place a L-shape steel structure between the existing trees, as this would do the least damage to the stand, be the fastest, and cost the least in this instance, as tradition strip foundation would be difficult & costly on the nearly inaccessible steep site. Precast concrete floor slabs, placed in the factory manufactured steel frame, resulted in a quick and sturdy ‘platform’ to continue with the roof- and wall assembly. A well-insulated mono-pitch roof, angled towards the North floods the interior with Northern sun during the winter, but generous overhangs blocks the higher angled sun in the summer. A thick & solid 450 thick face brick wall on the North & West results in privacy from the original house on the stand, ‘anchors’ & ‘braces’ the steel frame, and act as a heat sink by releasing warmth on the inside during the winter through a fly-wheel effect. Deciduous trees block the high Summer sunrays off the Northern wall, but by dropping their leaves during the winter time, the low, albeit warm Winter sun heats the entire house through retaining heat during the day and then transferring the heat from this thick ‘spine’ & the concrete floors, to the inside of the house during the chilly Winter nights. The Western wall blocks out the droning highway, while one of the original large trees shade this wall from getting to much exposure to the setting Western sun.

Nature flows underneath the house by having the house on steel posts, and also retains a larger piece of the natural garden below to enjoy. During October the world renowned Jacaranda trees are in bloom, which paints a purple picturesque view as far as the eye can see towards the South. Wall to wall glass to the Southern façade afford views of this spectacle of purple and green as well as blur the boundaries between inside & -out.

The pool area further contributes to the blurring between inside & outside having fold away doors between the inside & outside dining areas, effectively doubling the size of this entertainment area, but still have access to the pool on the North & the view towards the South. The pool acts as an evaporative cooling device, by placing it on the side of the house from which the breezes blow in summer. Cascading water from the swimming pool ‘greets’ one at the front door. The pool doubles as a water feature while cooling the air during hot summer days.

Winning the SAIA Award of Merit was just the cherry on the cake for the clients. Living in this house which feels like a home is the real prize.