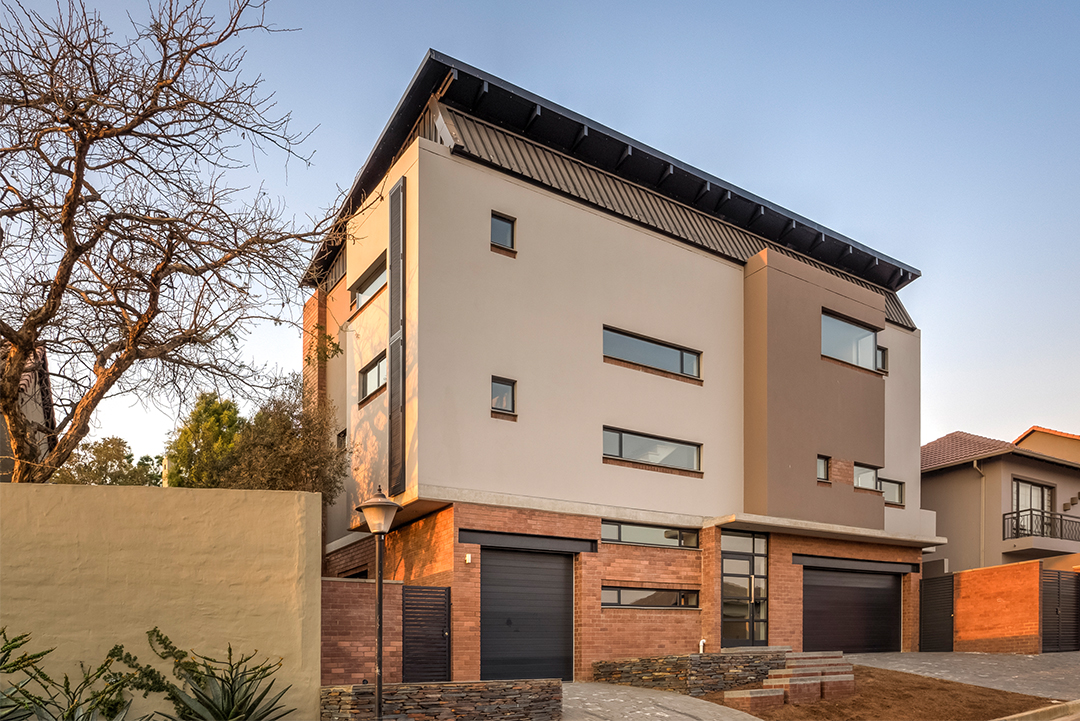 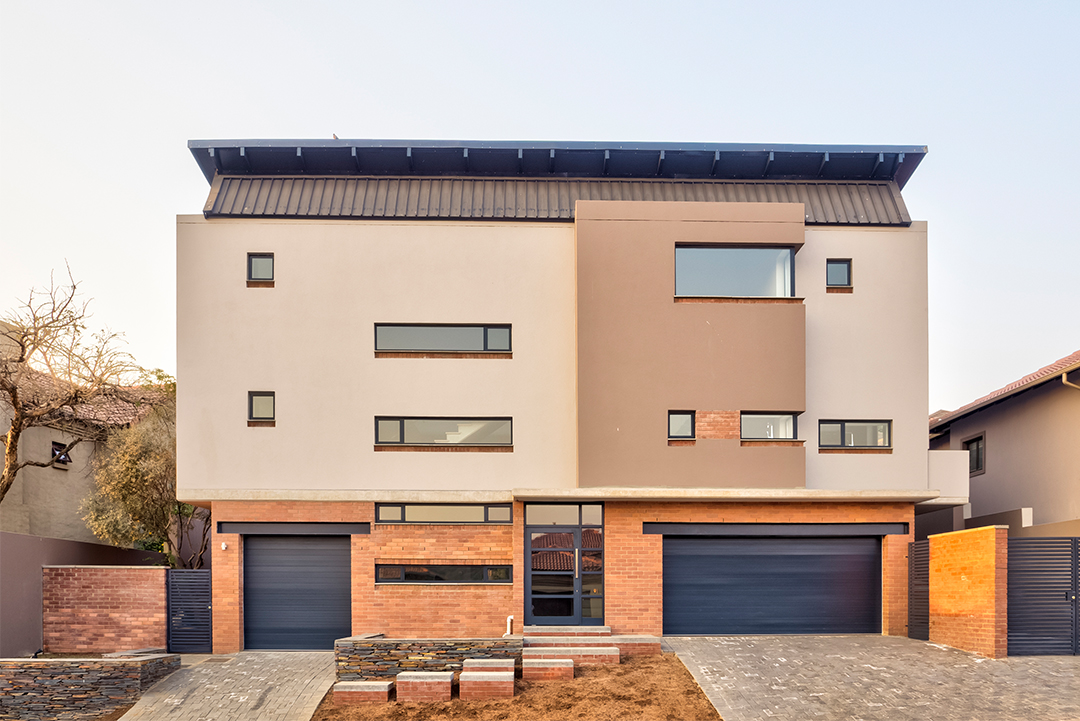 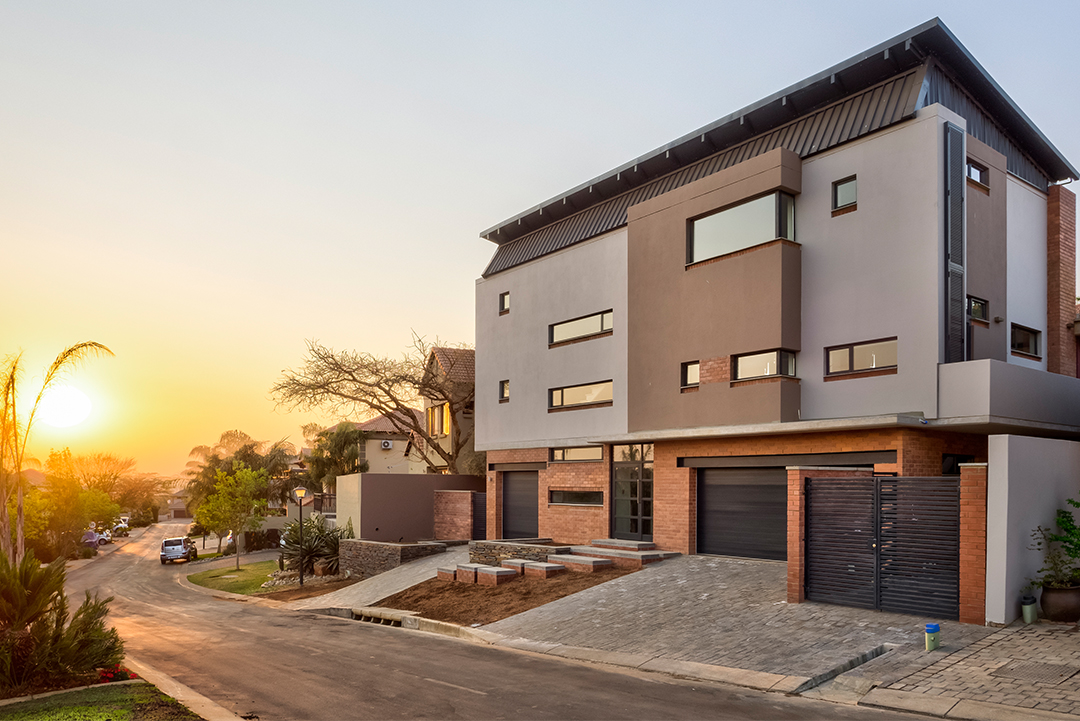 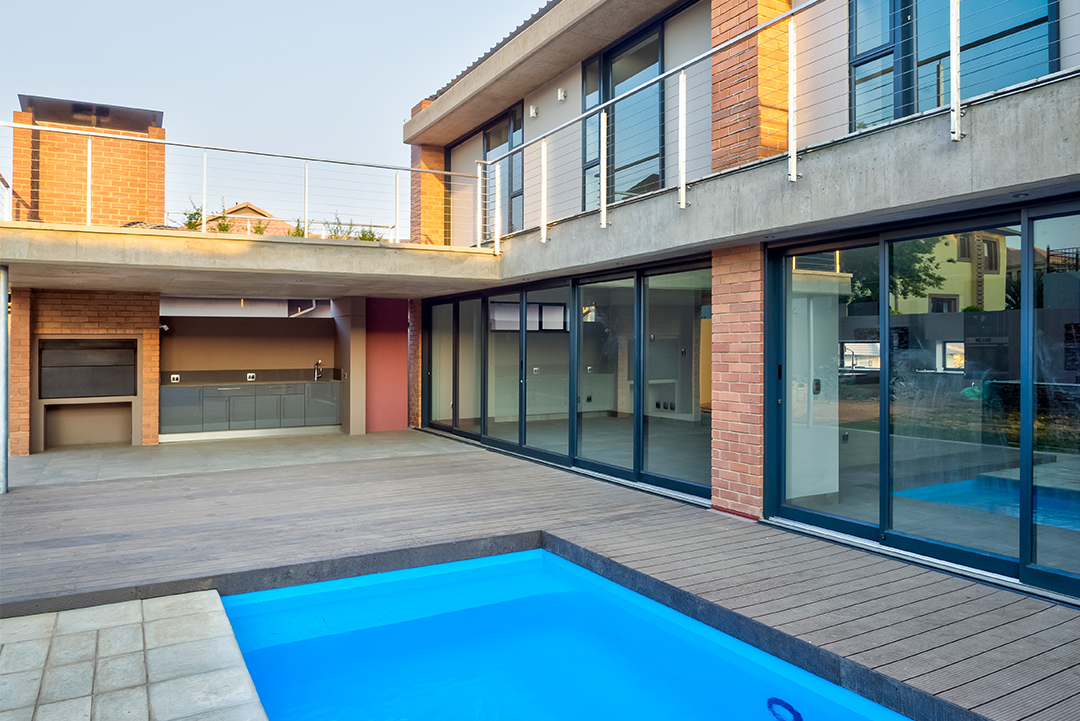 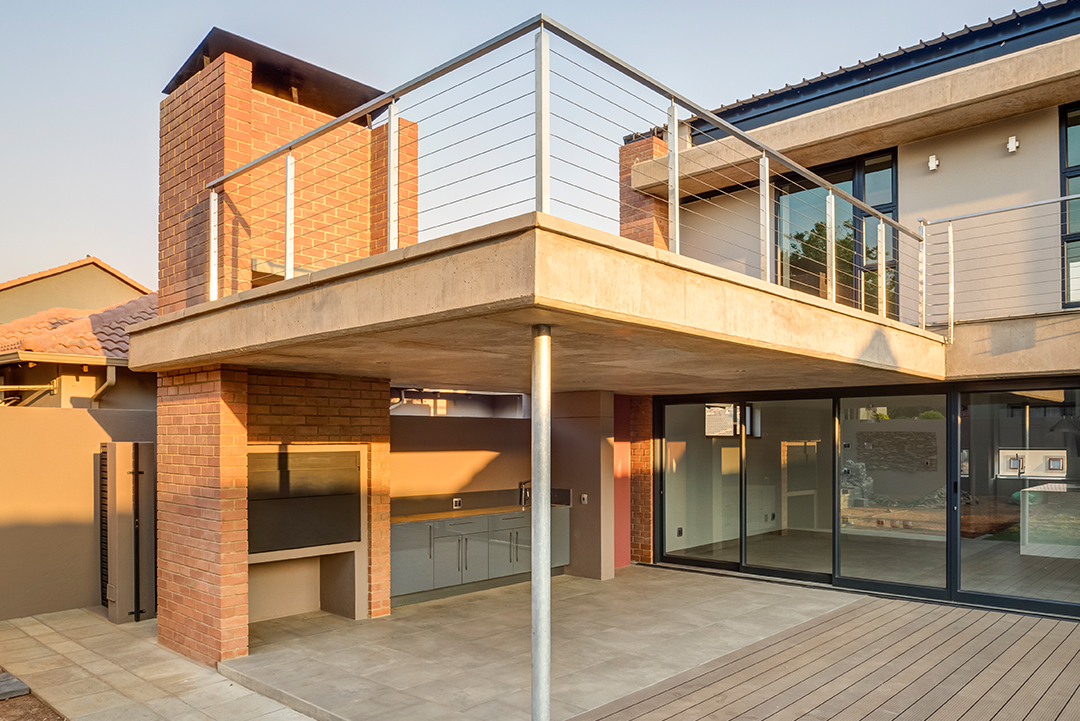 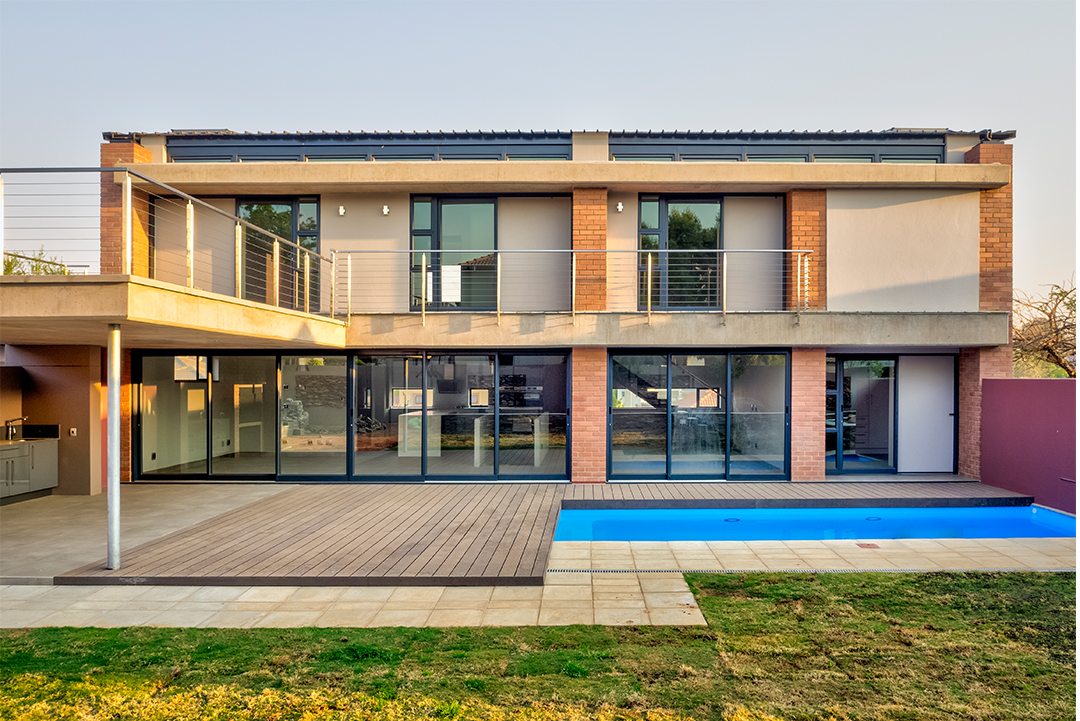 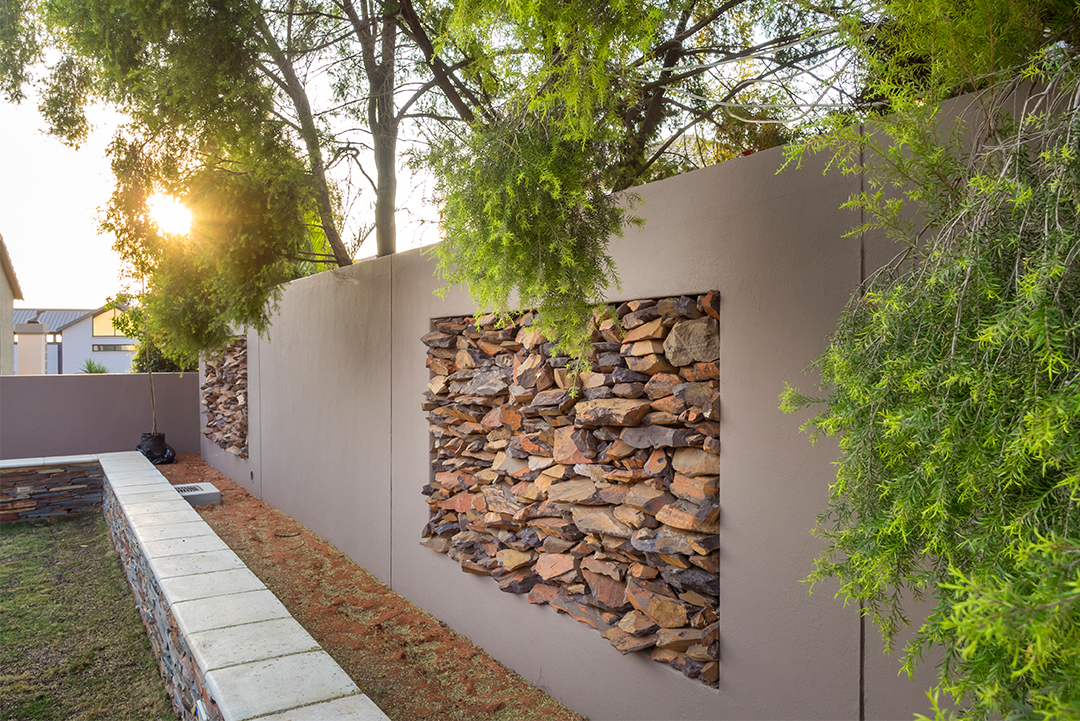 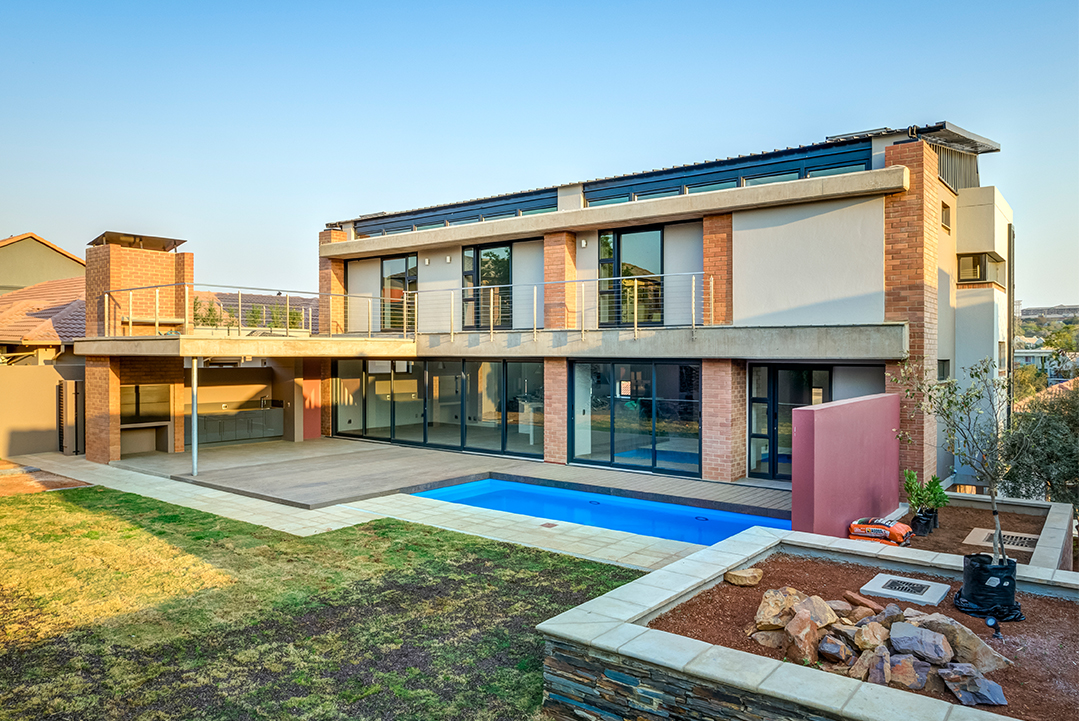 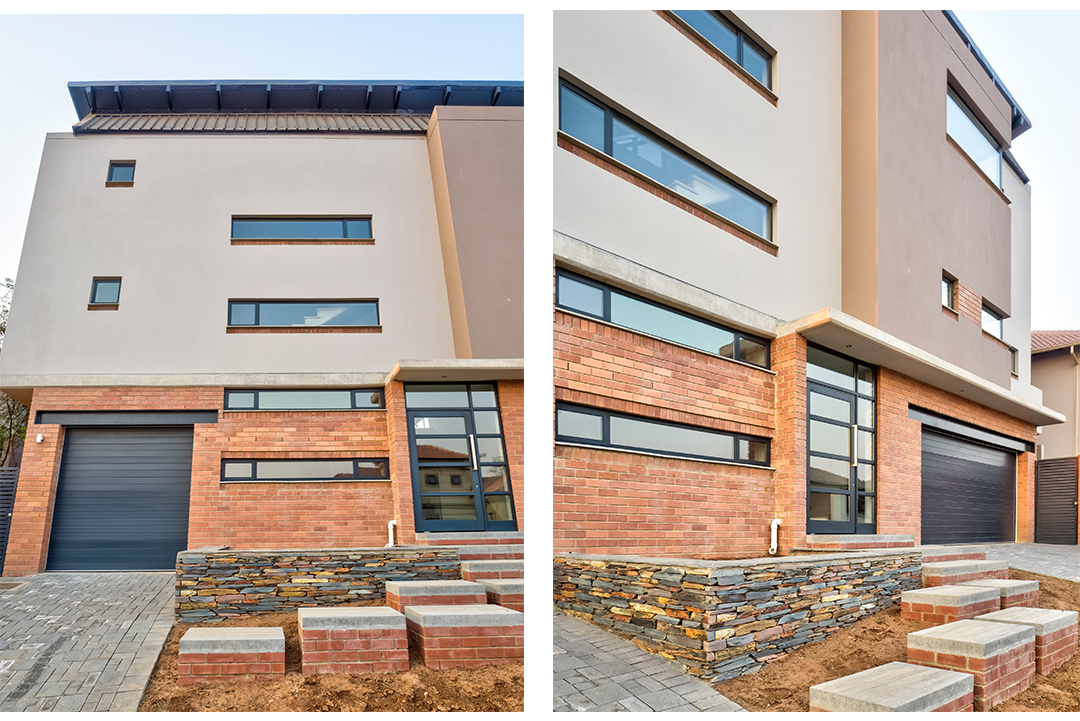 An engineer, his wife and two teenage children, needed a home where the kids could stay on after finishing school and while at varsity, (and maybe even longer). They purchased a steep and relatively small site before appointing us as architects. There are beautiful views, over the roofs of the neighbors across the street, from the upper part of the site. Building lines are tight so the other three neighboring houses are right up against the boundaries. The family wanted three garages at street level, an open plan living area walking out on a North garden with pool, and family bedrooms high up where they could feel secluded, private and safe. The house needed to be fairly maintenance free and ‘future proof’ by catching rainwater and generate its own power. Because of the tight and steep site we decided on a ‘tower’ form, placed as far south towards the street as possible to allow for the maximum amount of North facing garden, making it possible to be at street level at the front but walk straight out into the garden at the back. The bulk of the building could be ‘broken’ up through the use of different materials and ‘pulling and pushing’ at the facade to give it depth and definition.