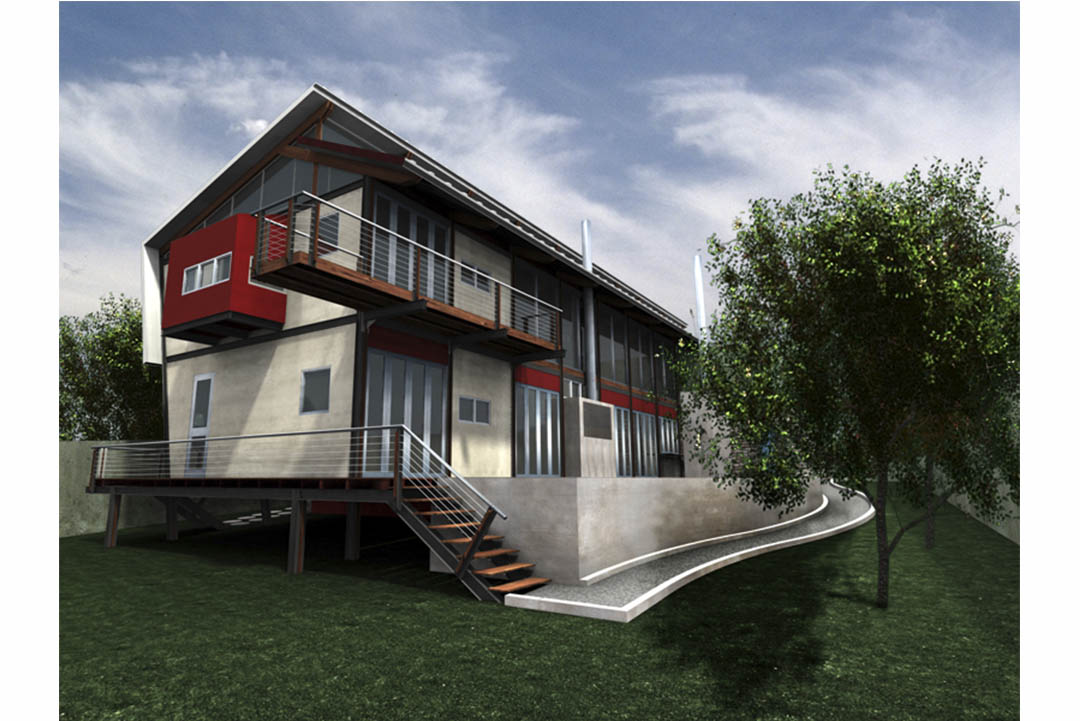 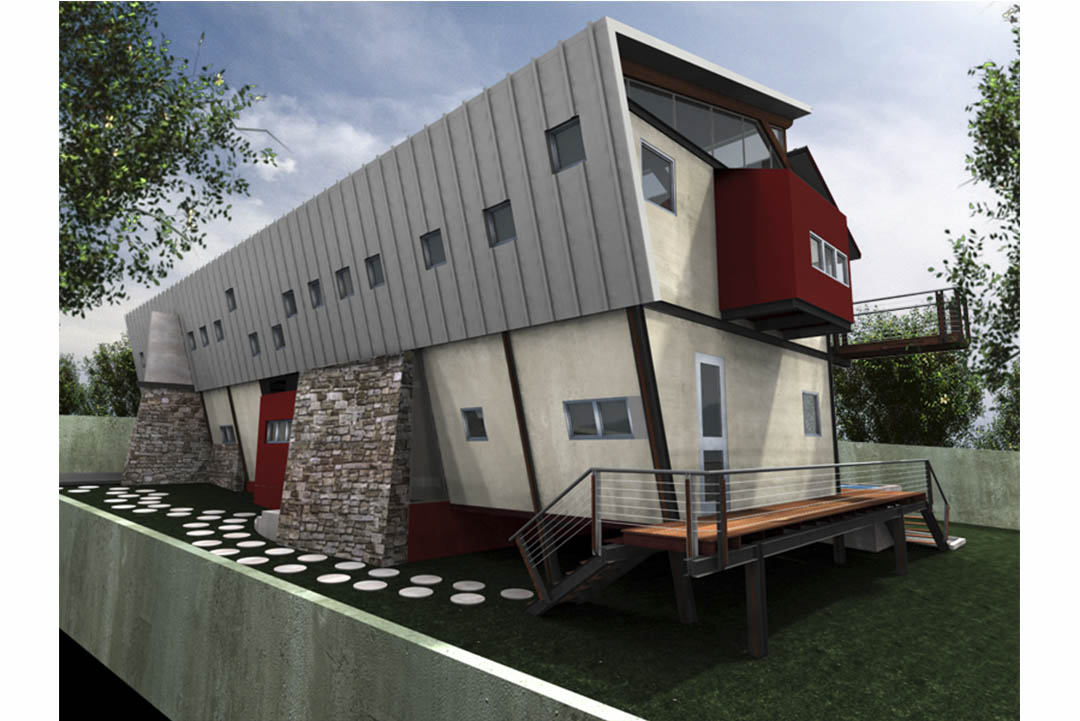 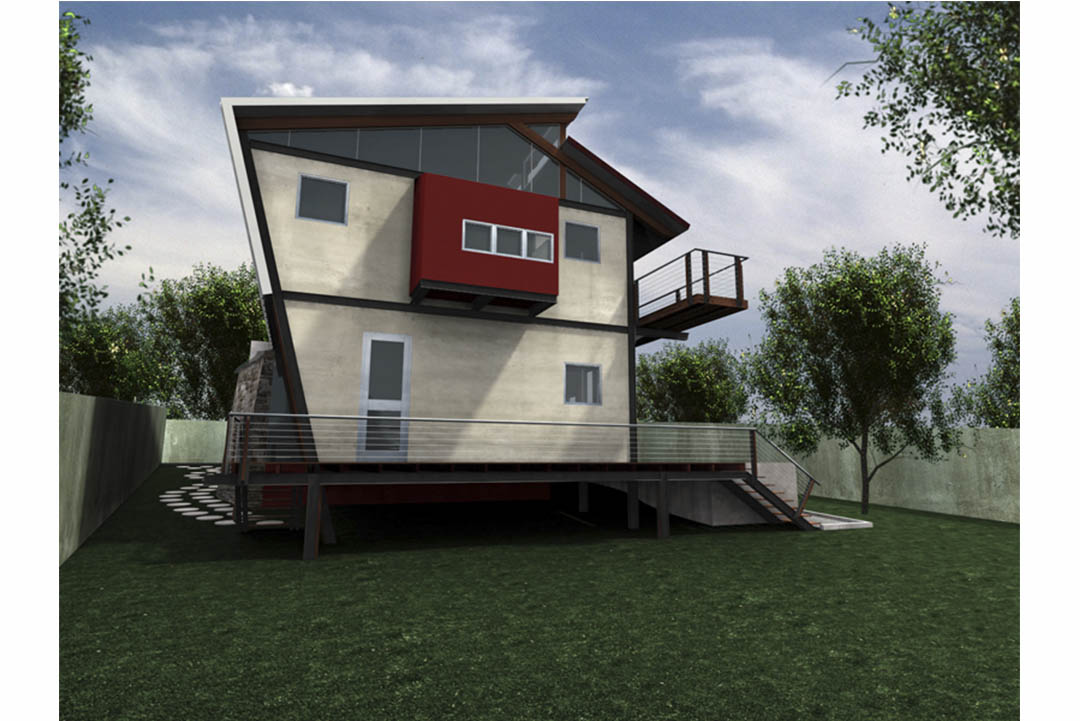 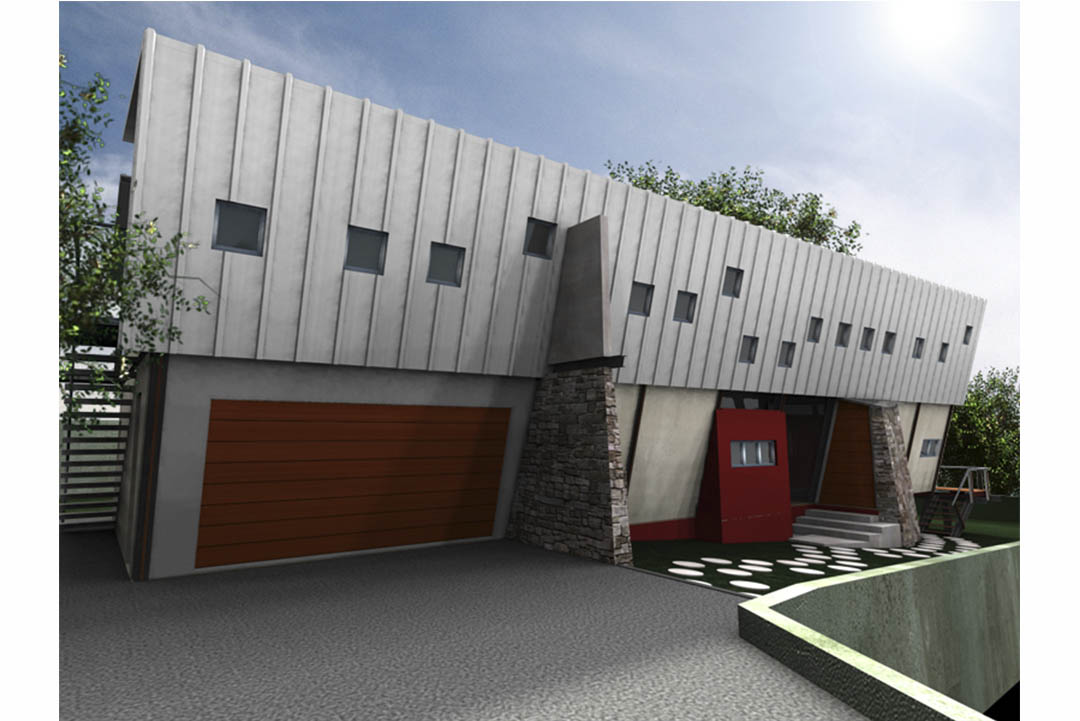 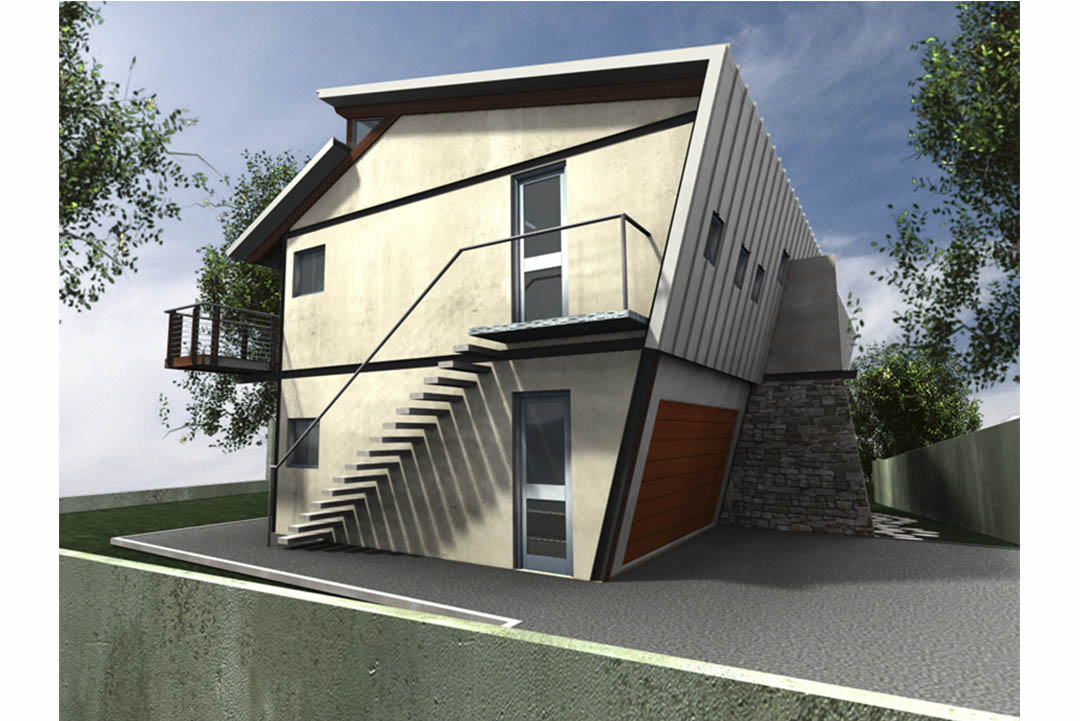 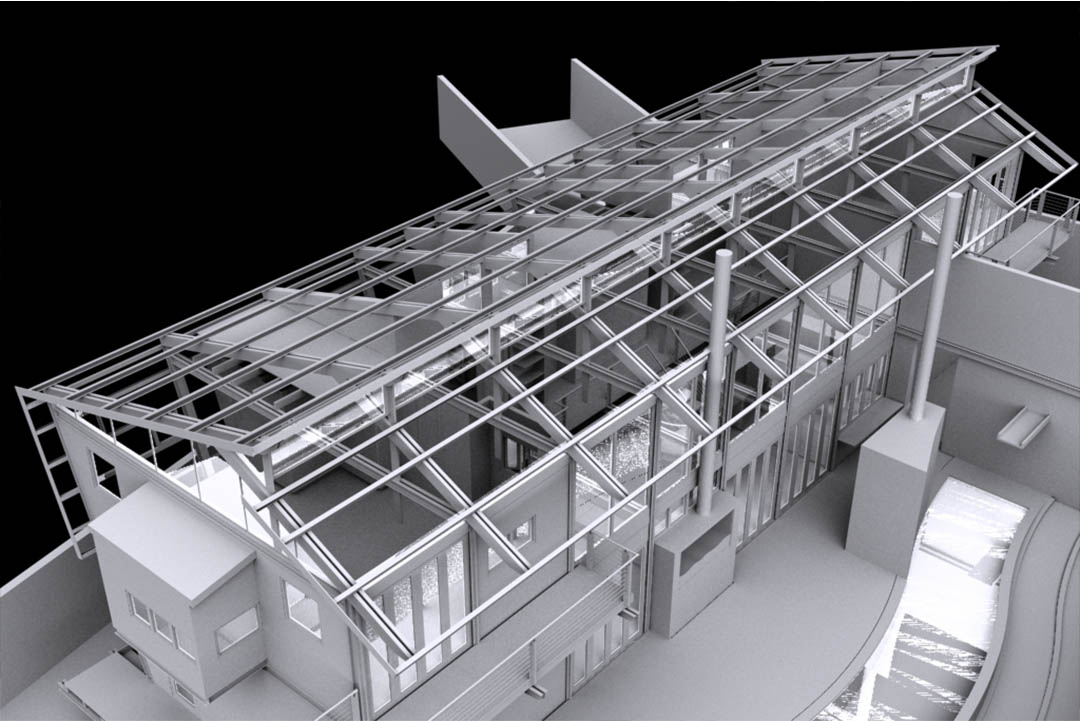 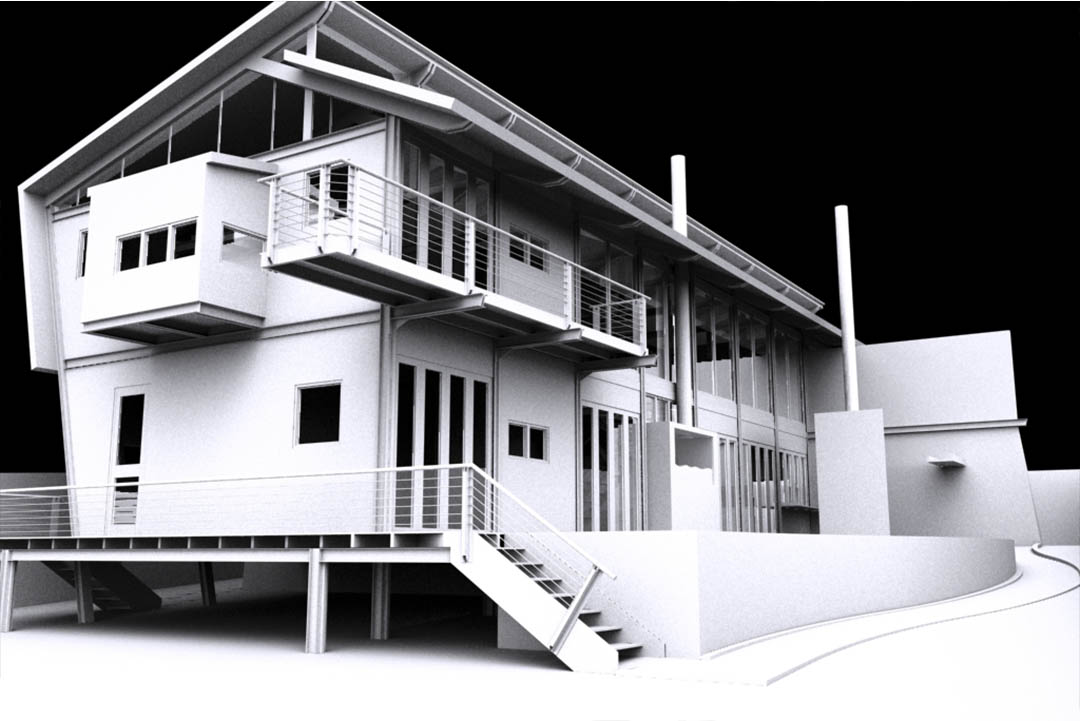 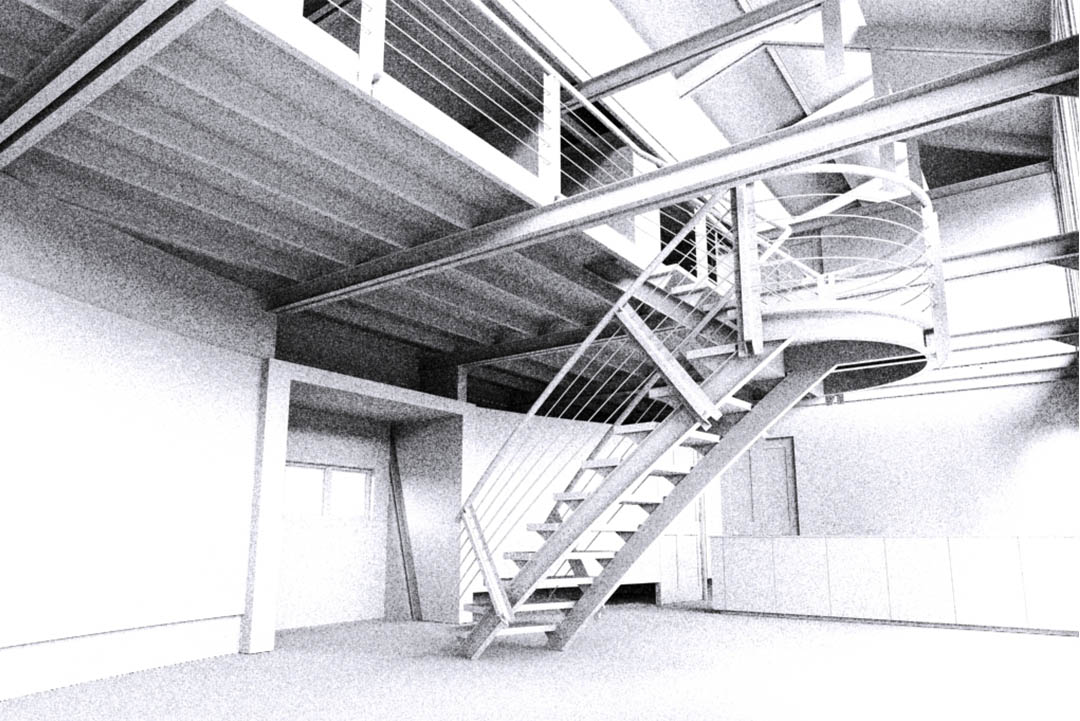 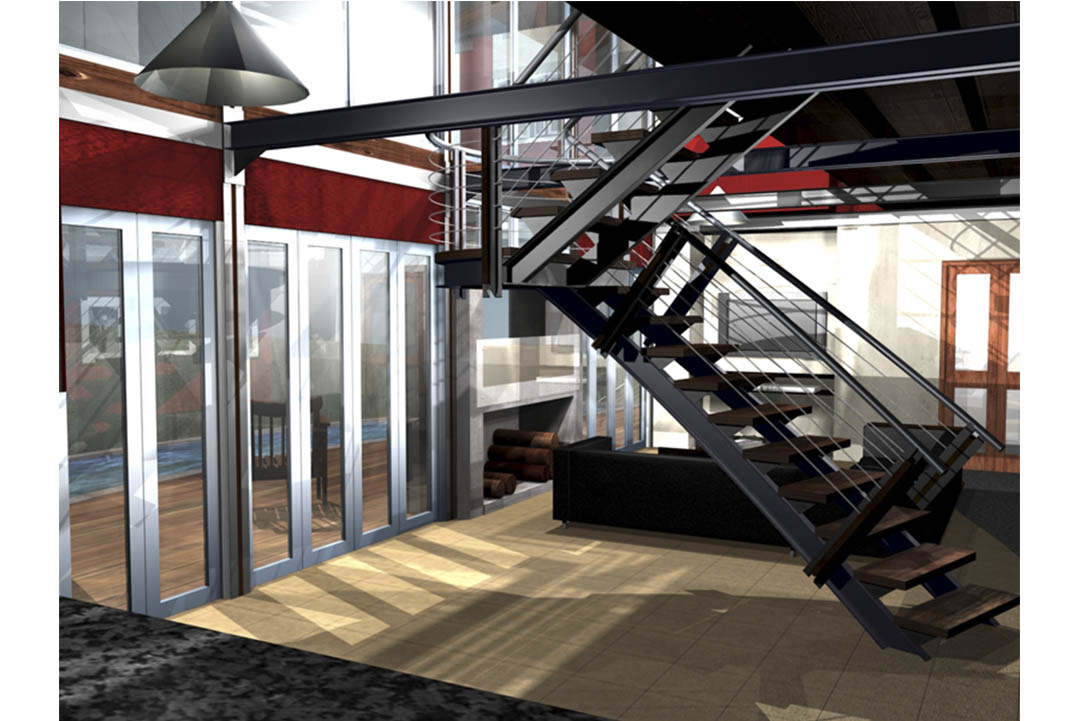 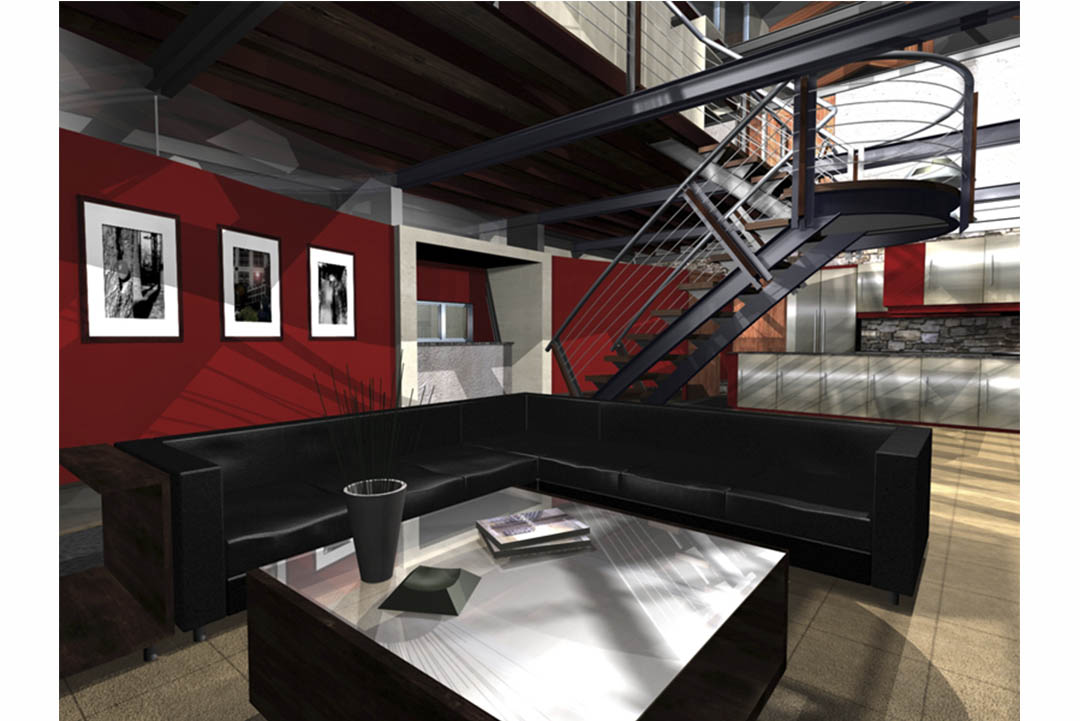 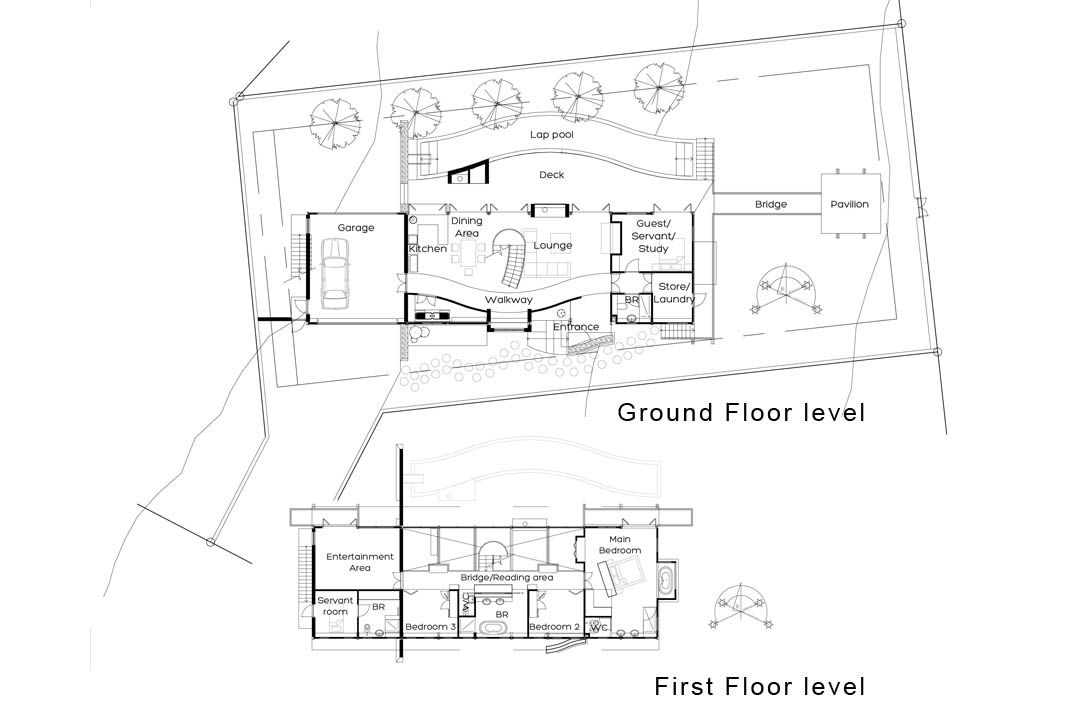 The young couple of professionals presented us with a brief to design a house with a style, something between industrial and ‘African’.

The brief was interpreted by designing a steel frame structure, with non-load bearing light gauge steel walls & clad in places with local rock, woven between the posts of the portal frame structure. The suggested building method was maybe 10 years ahead of its time, while quite common nowadays, so the client opted to build the house from brick & mortar instead, which cost more & took much longer in the end, than the suggested method by the architects.

A curved rock wall at the entrance leads one to the front door & reflects the curve of the swimming pool to the opposite side of the house, and represents the ‘African’ theme. (The pool is an analogy of a meandering stream or a drinking trough for farm animals). The largely open plan ground floor living space leads out onto the decked pool area, through doors which open up between the steel columns of the structure, representing the ‘industrial’ theme.

A look-out on the first floor, to the eastern end of the house, makes use of the great views to be had to the South-East. A rock wall ‘fin’ visually- & practically separates the services from the private areas.