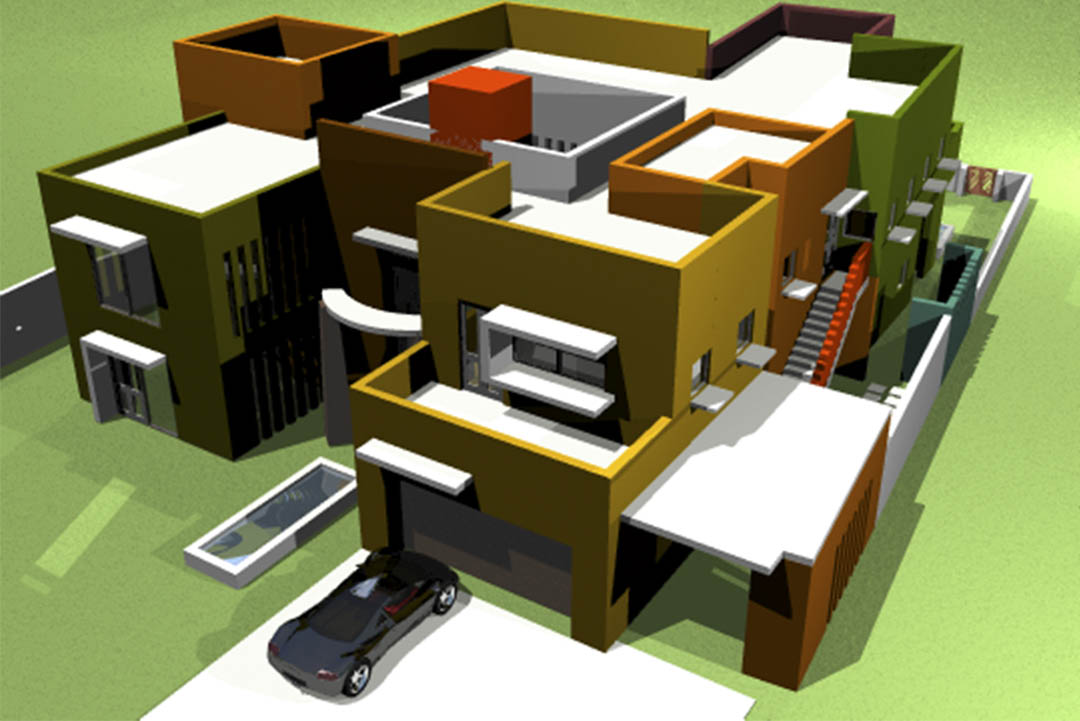 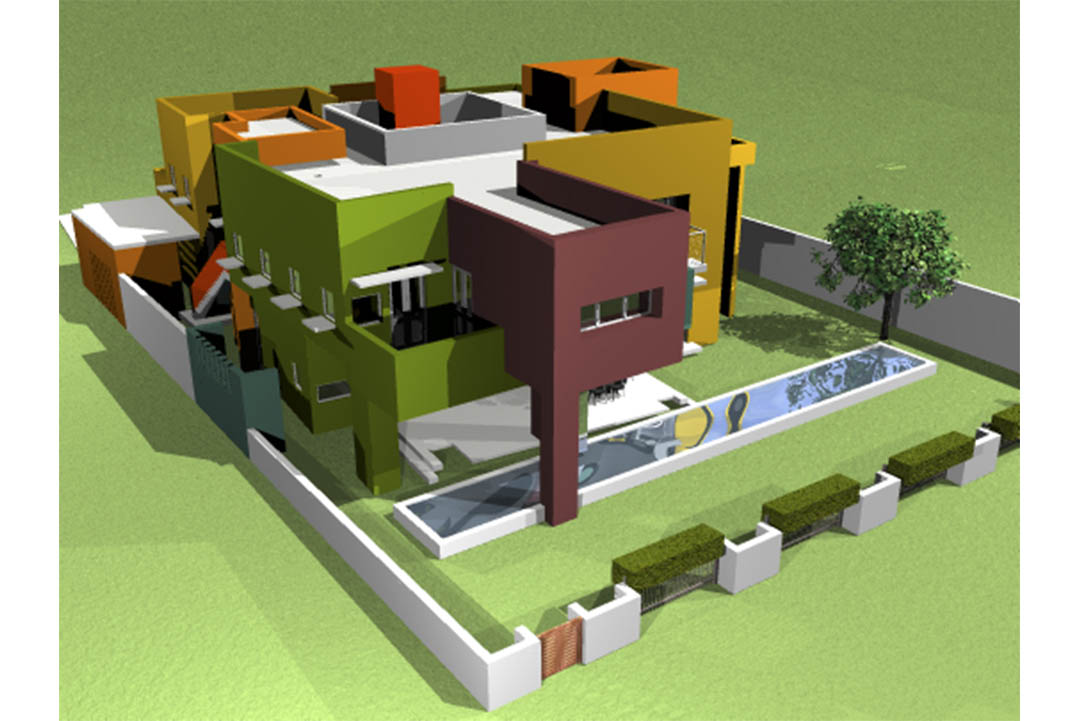 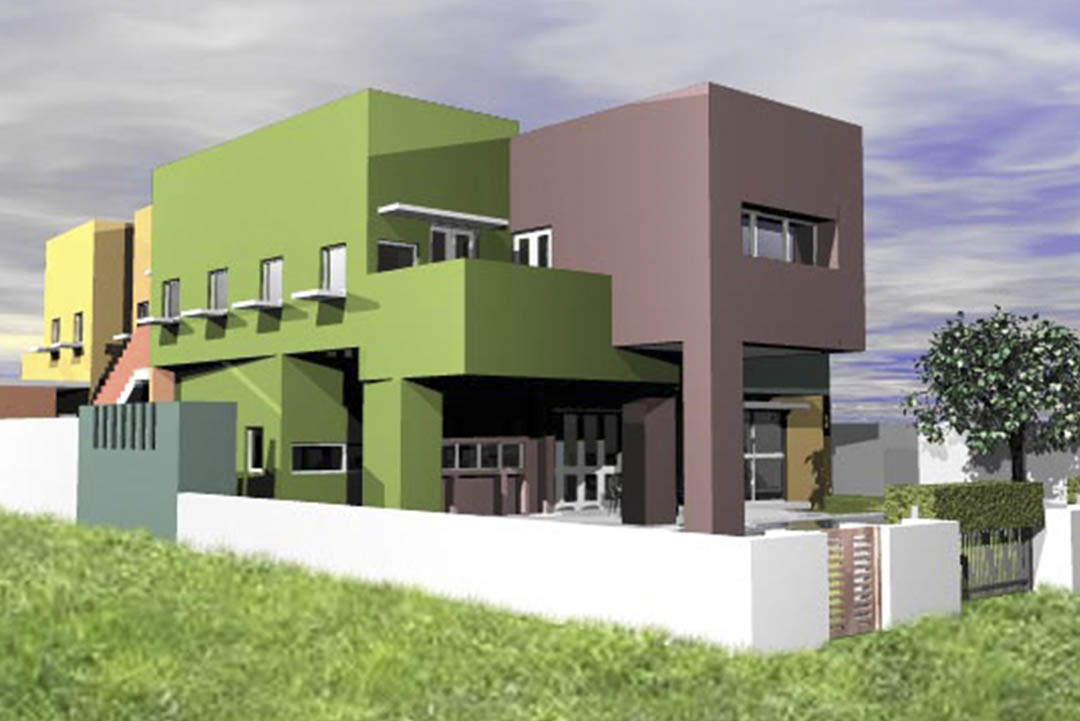 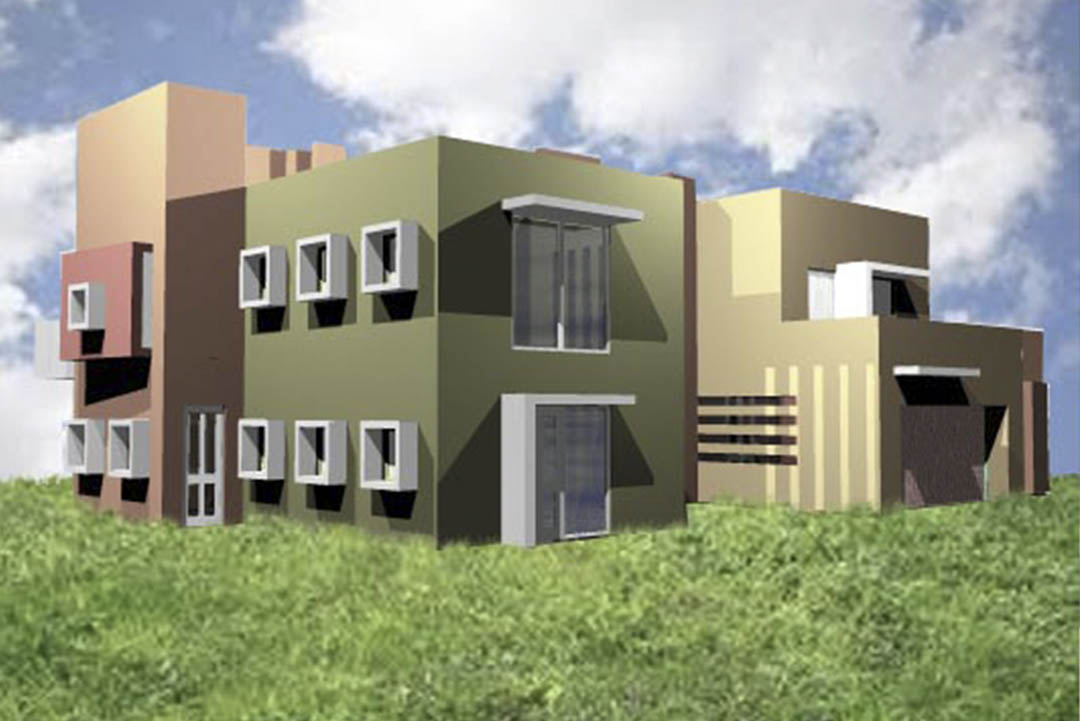 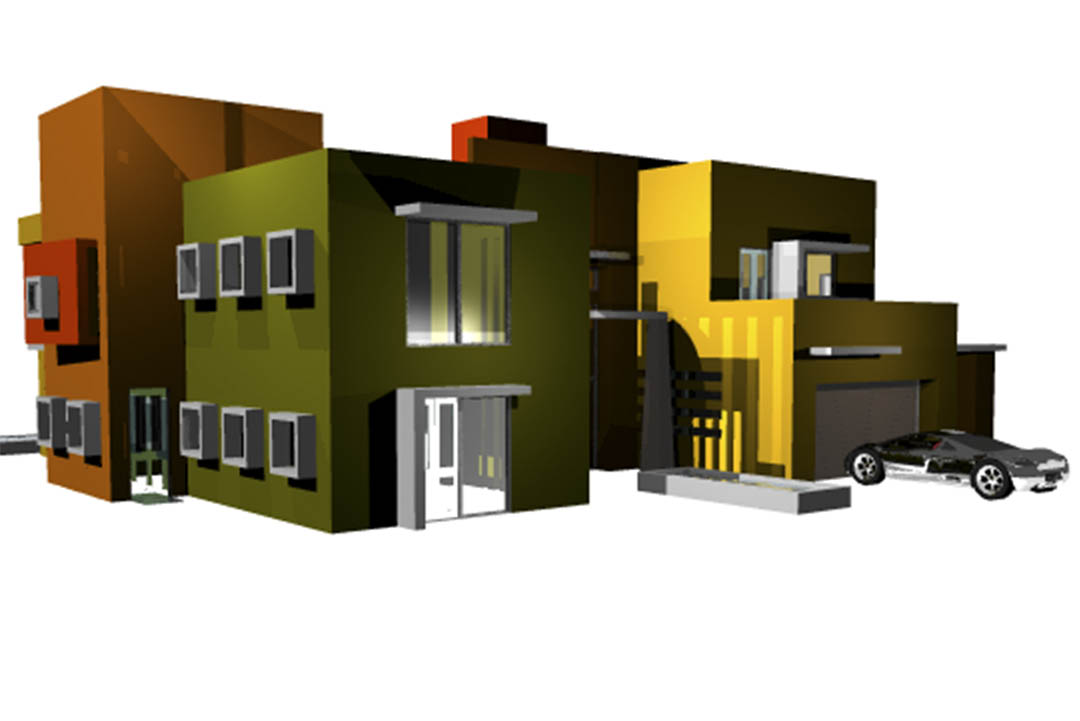 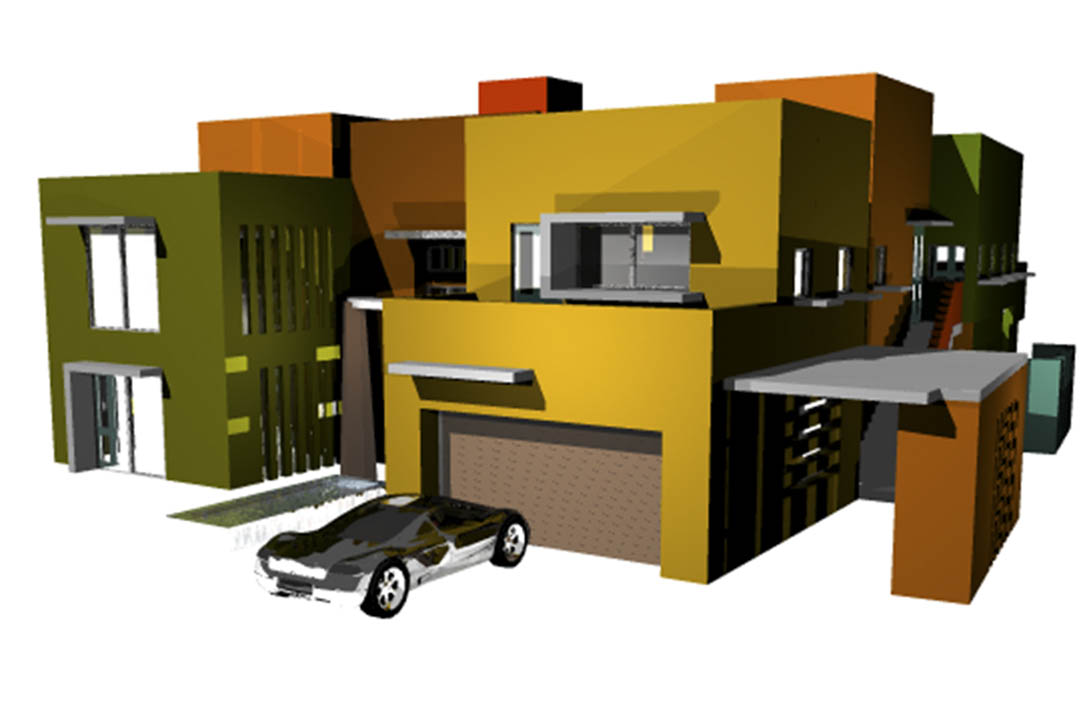 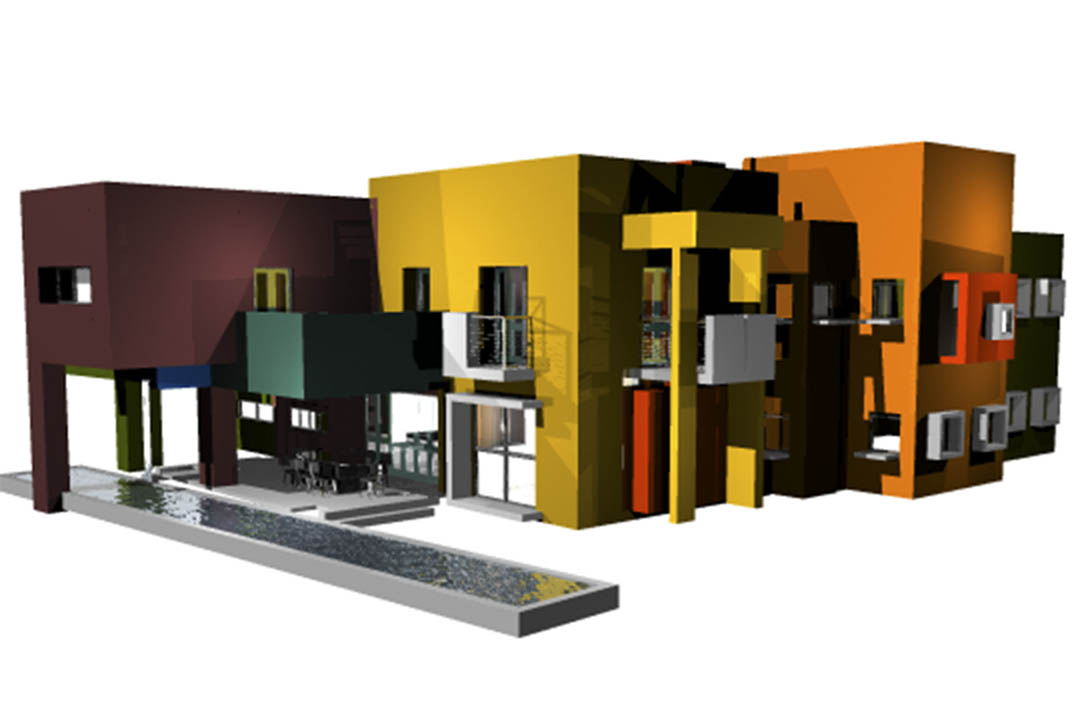 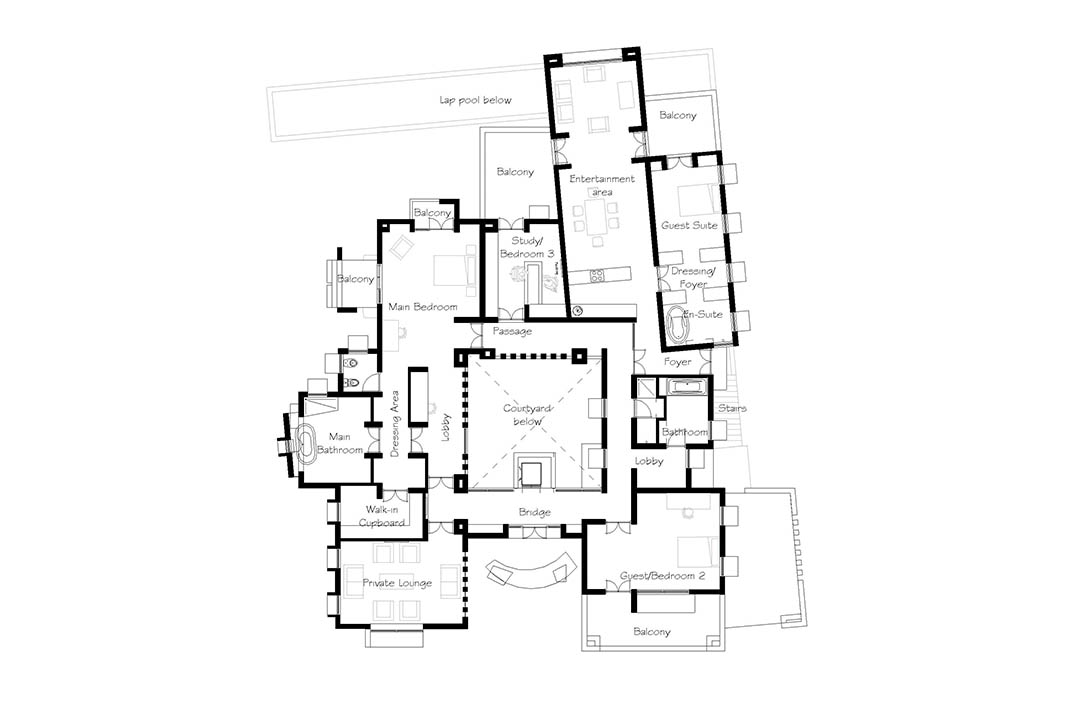 It just seemed like the right thing to do. What do one design when faced with a golf estate with a fruit salad of ‘styles’ & ‘themes’ presented to you? One creates a tribute to
Luis Barragan

only without the colour.

Barragan designed icons. We believe buildings should confidently blend in, rather than being pretentious, ‘touch the earth lightly’ like Glenn Murcutt would say, rather than occupying a space. But something about Barragan’s design was just right for this project. He believed in creating space within a space (or a landscape). He believed in courtyards and water features, to frame views within the landscape and to embrace the Mexican culture and -traditions.

This Hacienda tries to do the same: To be a welcoming space in the ‘wilderness’ out there. To create a comfortable place to come home too and feel relaxed in, even if one steps out of the office area into the private dwelling areas. Windows are not only windows: They frame views in the landscape, they let in light and they large surrounds shade the interior from the harsh African sun. Water features tinkles all the senses: The calming sound of running water in the background, the water cools the light breeze entering through the large openings, the blue against the stark white of the structure, the smell of water like the coming of rain and the touch.

Barragan Interpreted the bright colours Mexicans love in his buildings, we did the same for South-Africa, only without the colour.